Is It Cancer? MPNST and Neurofibromatosis 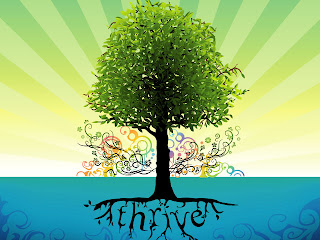 No one wants to hear the word Cancer directed at them, or anyone for that matter.  But for those of us with risk factors, we must realize the possibility of it happening.


Neurofibromatosis carries with it a number of issues; neurofibromas,  pigment changes in the skin, skeletal anomalies, and learning disabilities.


Although neurofibromas are benign tumors, malignant peripheral nerve sheath tumors (MPNST) sometimes occur. MPNST, in the past also referred to as “malignant schwannoma” or “neurofibromosarcoma,” and can occur in the general population but is one of the hallmark complications of NF1.


MPNST, typically forms from unexpected growth of a preexisting neurofibroma, particularly a plexiform neurofibroma, the first symptom is typically unexplained or sudden pain, in the area in or around existing tumors.

The thing to remember is that just because you have a higher risk in developing cancer, doesn't mean you will.  Being aware of your body and noting to your doctor any changes you notice is key in staying healthy, and catching things early.  Be aware of your tumors...how they feel and what they look like.

What is MPNST?
MPNST is also referred to as malignant Schwannoma, neurofibrosarcoma, and malignant neurilemmoma. This type of cancer usually develops in young or middle-aged adults, more often in men than in women. The average age of MPNST patients is between 29 and 36 years. About half of all cases of MPNST develop in people who have Neurofibromatosis.
http://en.wikipedia.org/wiki/Malignant_peripheral_nerve_sheath_tumor

Treatment?
To treat these tumors, a patient sees an oncologist and a neurosurgeon.  Also, patients can benefit  from being treated by medical teams that specialize in soft-tissue sarcoma tumors. Treatment of MPNST often involves several steps, depending on the location of the tumor, type of sarcoma, other patient circumstances and overall health.

I didn't want to start the week with a negative post that scares people, but MPNST happens....And the more you know about it, the better chances you will have at catching it sooner.

MPNST is rare...But if you arm yourself with knowledge, IF it does happen to you, your outcome will be much more positive.

Even when it's scary....Even when it's overwhelming...A Positive Attitude is key in fighting ANY battle!  Remember, it's E.A.S.Y. to THRIVE; EDUCATE yourself-Watch your ATTITUDE-SHARE your stories-and YIELD to the possibility that anything is possible!