Zombies Are People Too 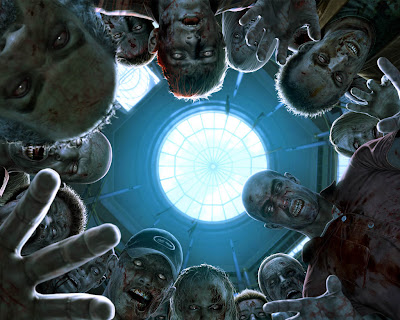 I'm not a Brad Pitt fan....But when I saw the previews for World War Z, I knew right away that the movie was about zzzzzombies!  I turned to my hubby, who was anxiously awaiting for his Star Trek  movie to start...and gave him the "thumbs up" sign, that I definitely wanted to see THAT movie!

I've always been a zombie fan.  I remember when 'Night of the Living Dead' came on tv when I was just 9 yrs old...I was sitting in front of my TV cheering for the undead...Leaving my parents wondering if they should discipline me...Or take me straight to the shrink.

I have since seen almost every zombie flick out there.

So the zombies in THIS movie didn't go after people who had some sort of disease...or illness.  Which brought my husband and I into a discussion this morning.

He has a leg/foot that did not develop correctly -- and is now an amputee.  Drs arent sure what caused this "abnormality" ... Genetic or not, it has caused him many issues.

Me...?  I have Neurofibromatosis.  Yes- a genetic disorder.

In the film, people with cancer or other life threatening issue were passed by.  Not seen by these ravenous, blood thirsty, undead monsters.

As my husband and I were waking up this morning...the conversation began...
(We have the weirdest pillow talk, I know)

Would I be passed up by these zombies?  Not good enough?

Anyway...When it comes down to it, I know that I would never survive a zombie attack.   I would actually probably be the first to go.  Me...the one with 6 kids surrounding her, probably trying to flee from the local wal-mart.

I don't run fast enough, or have the skills to shoot, stab, or cut the heads off a fast-moving, tooth combing kill machine.

I REALLY enjoyed this movie though...WAY more than my hubby.  It was fast moving and got right into the Zombie-Action.  No waiting for some drawn out, boring plot.

And still....Like when I was 9....found myself feeling sorry for the zombies.  (sure, I felt bad to the people too...but, zombies are people too, right?  At least they WERE)

(even when zombies are after you) 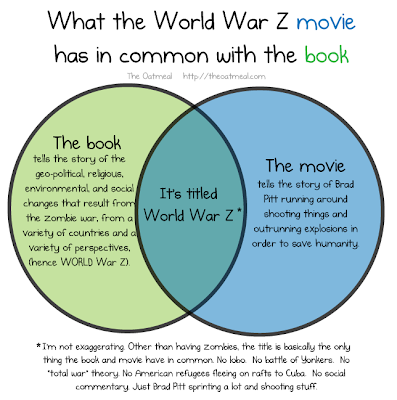 Posted by Kristi at 9:06 PM No comments: 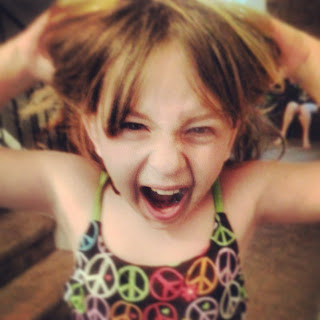 Yesterday I watched as Rachel had her second evaluation for Sensory Integration...It was NO SURPRISE, that the results were the same (even if her scores were higher) as they were 2 yrs ago.

I sat through the very familiar testing process...And saw my sweet little girl, struggle with things like watching flashing lights, guessing an object that was placed in her hands (eyes shut), matching rhythms (clapping, tapping feet)

Rachel became very frustrated during certain points of the test...Often refusing to continue.
"My head hurts..."  "I'm too tired..."

But- Like 2 yrs ago....It was nice to see that someone else could see, the issues my daughter faces.

Last year, I sunk my head into a book called "The Out of Sync Child" and I was shocked how almost every page, was like it was written about Rachel.

This check list was given to me by our Occupational Therapist

If your child shows signs of any of the above, it is recommended that you get a referral to an Occupational Therapist for further testing.