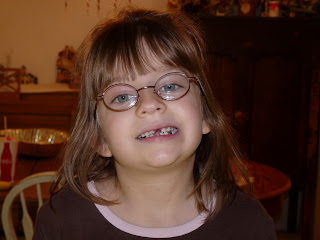 Sensory processing (sometimes called "sensory integration" or SI) is a term that refers to the way the nervous system receives messages from the senses and turns them into appropriate motor and behavioral responses. Whether you are biting into a hamburger, riding a bicycle, or reading a book, your successful completion of the activity requires processing sensation or "sensory integration."


Sensory Processing Disorder (SPD, formerly known as "sensory integration dysfunction") is a condition that exists when sensory signals don't get organized into appropriate responses.  A person with SPD finds it difficult to process and act upon information received through the senses, which creates challenges in performing countless everyday tasks. Motor clumsiness, behavioral problems, anxiety, depression, school failure, and other impacts may result if the disorder is not treated effectively. 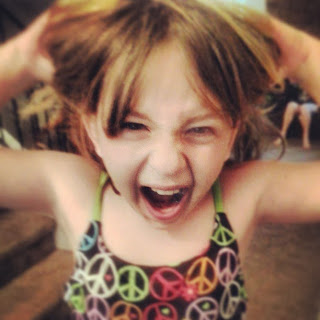 Not directly related to Neurofibromatosis, but our NF specialists have seen a lot of kids with both.

Sensory Processing Disorder can affect people in many ways.  Sometimes just touch or just sight or just movement–or, like with our daughter, multiple senses. Those with SPD over-respond to certain sensations and find clothing, physical contact, light, sound, food, or other sensory input to be unbearable.

As a baby, our daughter was what the pediatricians called "colicky" or "gassy"...She cried all the time...  Except when she was tightly swaddled with a blanket.  I breastfed her....So, my diet was put into question....

Growing up, Rachel would complain about the tags on her clothes, or "itchiness" of the things she was wearing.  Sounds were always too loud....Food was always too "smelly"....or made "sticky noises".  She refused to eat almost anything...and would often throw tantrums at the dinner table...because her siblings were chewing too loud, or someone was sitting too close....

In 2011, I was finally referred to a Neuropsychologist for a full exam.  The results did not shock me....Rachel definitely had Sensory Integration/Processing Disorder...As well as a significant motor/speech delay....This to go along with her learning disabilities.

FINALLY, we had some answers!  Treatment, however...would be a little more tricky.  While Occupational Therapy HELPED....we as a family found ourselves exhausted with the 2-3 times a week appnts, which, in turn would make Rachel's SPD spiral out of control.

She was too tired to engage with our therapist and would often have melt-downs.  So, we took what we had learned, and chose no more therapy.  This has its good AND  bad.


SOME with SPD/SID might under-respond and show little or no reaction to stimulation, even pain or extreme hot and cold.
In children who have muscle and joint impairment, posture and motor skills can also be affected.  Some doctors label these babies as "floppy" or "unresponsive".  They may hurt themselves, and not cry or respond in a way they "should".


Most kids with SPD/SID most often seem set in "overdrive".  They need structure and stimulation and sometimes, these kids often are misdiagnosed - and inappropriately medicated - for ADHD.  Which was what happened to Rachel.

Our pediatrician decided to recommend ADHD medication-- Pills (which she could never swallow, Liquid (which Rachel would just throw up)...then eventually, the patch... 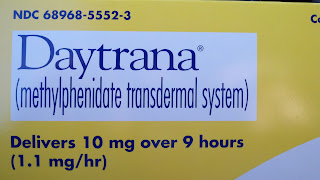 None of the medications helped...so we called the Dr...and told her that we were done with trying anything "new".

What does all this mean for MY Kid?

You probably already know that having SPD/SID makes your child different, so staying as involved and on top of things as you can is really important.  While Occupational Therapy didn't work for us...I have heard it doing wonders for other families.

Keeping an eye on your child's motor skills and how they are behaving in the classroom will help a ton.

For Rachel, she has weighted lap and shoulder pads, to help with the "fidgeting".  She is also allowed to wear headphones, to help muffle the noise in her classroom.  Rachel has a great attitude about this, and hasn't had any issues with her classmates--

More on TREATMENT
Intelligence is not affected by SPD/SID...However, children with this can have a hard time in school. Their brains are simply wired differently...And they may need special interventions, to help them be successful.
Occupational therapy with a sensory integration approach typically takes place in a sensory-rich environment sometimes called the "OT gym."  During OT sessions, the therapist guides the child through fun activities that are structured so the child is constantly challenged but always successful.

For Rachel, however, this was just overwhelming and frustrating-

The goal of Occupational Therapy is to gain appropriate responses to sensation in an active, meaningful, and fun way so the child is able to behave in a more "appropriate"  manner.
MOST occupational therapy for kids with SPD is family-centered...And parent involvement is encouraged. The child's therapist may provide ideas to teachers and others outside the family who interact regularly with the child.
Treatment for Sensory Processing Disorder helps parents and others who  work with "sensy" children to understand that the disorder is real, even though it is "hidden."