This is my favorite time of year!  The cooler weather, the changing of the leaves, the smells....Everything about Fall makes me happy. Especially....Pumpkin Bread....which I HAVE made, but have yet to indulge in. 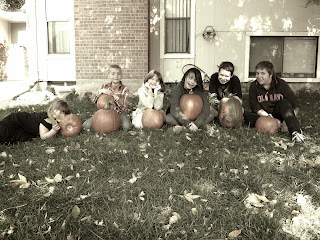 I remember as a little kid, how excited I would get for Halloween.  My dad would get his make-up kit out and spare no expense when he would create scary costumes for my brothers.  I was fascinated watching  as my brothers would get bloody scars or fake nails through their heads...

For ME...Halloween isn't about the devil....or Pagan....or darkness.....It's about having ONE night, to go all out -- Dress up and have FUN!  Knocking on doors, getting FREE candy and seeing my kids get soooo excited, as they dump their pillow cases of candy onto the living room floor...(So that mommy and daddy can inspect "suspicious" looking Twix bars *evil grin*

Selecting costumes at my house is a seriously crazy event, which usually starts taking place sometime in August. :)  As my kids get older....The costumes get a BIT more complicated.....

This year, I am proud to present my children: 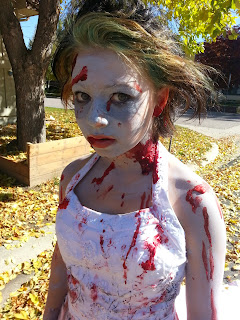 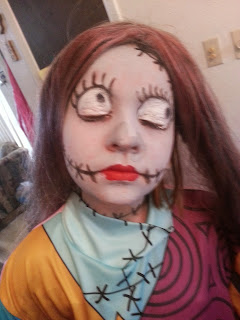 SALLY from 'Nightmare Before Christmas' 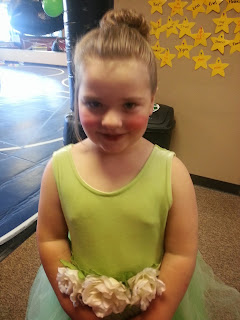 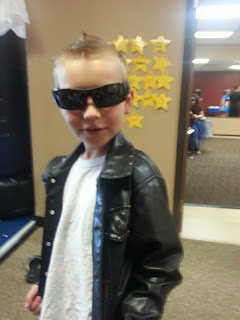 So, I am a Christian mommy who LOVES Halloween.  In OUR family the "bad" part of Halloween doesn't even come to mind.  We are just a bunch of goofballs out knocking on doors to get candy.  THAT'S TRADITION for us....Which I sadly see slipping away.

Last year, our neighborhood looked like a ghost town.  Porch lights off, and just a handful of kiddies walking around....It made me kind of sad.  One house....dumped their entire bowl of candy in my children's bags....because WE had been the only trick-or-treaters for them --

I miss the 'old days'....But for as long as I can....I will have HALLOWEEN -- I will decorate and dress up and continue to be the goofy mommy who goes door-to-door with my kids 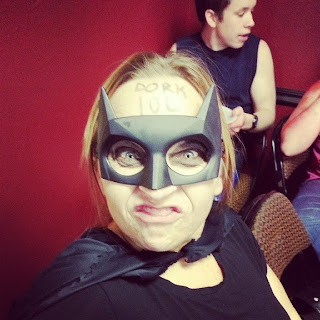 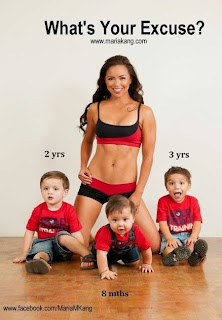 Okay...I usually don't jump on the headline wagon, but this definitely got my attention.

I read the thousands of comments, in response to her fitness ad, some calling her "selfish" and a "bully"....while others praised her.

So, how do I feel about this and what's the point of putting this on my blog?

Weight has always been an issue for me.  I was chubby being born, "sturdy" growing up and just plain FAT as an adult.  I hated (sometimes STILL hate) the *RAH RAH--I'm ALL POSITIVE - ALL THE TIME* stuff...And I have to admit that 2 yrs ago, I would have looked at this ad, and rolled my eyes, at yet ANOTHER health nut, rubbing it in, that I was just another lazy mom, who didn't care about her body. (I was)  My journey was too long.  I was too tired and angry at life, to feel good about ANYTHING!  And ANYONE who tried to tell me "If I can do it...You can do it" was just another thorn in my side.

I had my wake up call.  And it was a scary one...A year and a half ago, while Bailey was still going through chemotherapy, I stepped on the scale.   My "excuses" had gotten the best of me and I was shocked into reality, when those numbers showed up.  Not shocked really.  More like shamed.  I had done this to myself. And I was the only one who could do something about it.

Today, looking at this ad...Maria Kang is a champ.  A woman  who took control of an eating disorder...And worked HARD to get where she's at.  No where in her story or website did I see a "bully" or a "fat shamer"...

I see a motivator and an inspiration. ...I see a NO EXCUSES WOMAN.

My ENTIRE LIFE has been filled with excuses.  Those EXCUSES got me to almost 240 pounds and I was living a life that was depressing and shameful.  I was killing myself, right before my children's eyes...and I was setting an example that was saying it was okay to let "life's stuff", get in the way of what I wanted.

I am a mom of SIX children...All my excuses are legitimate and sound good.  I have a disorder that causes tumors and extreme pain.  I have hydrocephalus and a brain tumor...I have every reason, to just give up and let life do what its going to do to me....

I was/am dying in 10 different ways.

BUT...I have ONE THING I have control over...The ONE thing I could do something about...My Weight!

Forget genetics for a second....because - in MY opinion, that's just another excuse.  I know I will NEVER EVER look like Maria Kang....But that isn't the point.  She NEVER says, that women need to LOOK like her or BE like her to be healthy....She DOES say that YOUR LIFE is in YOUR HANDS.

My wake up call, was my second chance--

Over the last year and a half...The weight didn't magically fall off me.  I've been working really hard!  I FIND the time.  I FIND the energy.  I FIND the willpower....Even when I feel that there is nothing left to give...I dig deeper...And guess what I find?   MORE! 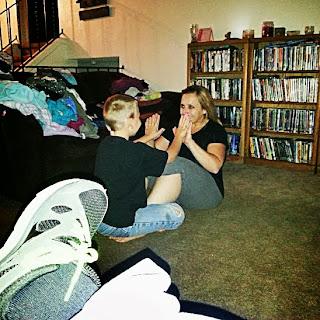 Finding the time to exercise with my son holding my feet..
with unfolded laundry on the couch, 'cause that's just the way life is


So, I get this "anonymous" comment -- Strange how all the negative comments come from "anonymous".

Anyways, the comment said "How dare you..." Blah blah blah  "show pictures of Neurofibromatosis" blah blah blah "It's shameful that you claim to THRIVE with NF, but depict NF in such a negative way..."

Some other stuff was thrown in there too....But I didn't bother reading it.

How dare I?  Really?  What?  Show the reality of a disorder that is EXTREMELY VARIABLE and so wide-spread, and someone out there would actually benefit from being educated on not just the MILD form of NF, but also the SEVERE forms that exist?

What good would I being doing ANYONE, if I just blew sunshine and roses out there to the world?  I live with NF.  I know the good, bad and the ugly of this disorder.

A Life in Exile

A life in exile 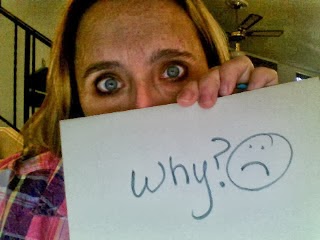 That's the BIG question, isn't it?  WHY?  Why Neurofibromatosis...or Cancer...or Muscular Dystrophy...or a zillion other things....

I was one of the thousands lucky enough to see the movie UNSTOPPABLE.  I've heard about it for months...I was even part of the rise against the banning of the promotion of this movie on Facebook and Twitter.

Overall....I LOVED the movie.  Kirk Cameron went against the "norm" and created a truly UNSTOPPABLE film that, I am sure will change the lives of many people who were 'on-the-fence' about their beliefs.

I've asked "WHY" many times during my life...More often since Neurofibromatosis hit our family hard with its relentless blows...There is always something  to worry about...And there have been times when I feel like MY life is just a continuous science experiment, that keeps going wrong.

But...It's my belief in Jesus that tells me...when I am feeling like that....I need to draw closer to Him.

I'd be a liar, if I told you that every time I feel a negative thought or think I am being cursed, that all I do is pray....and that it all magically goes away....

My belief -- And what I got from the movie, is that there is a reason for everything.

But- Life is always going on.  Moving forward.

People also leave imprints of their time here, for others to see.

So -- Why do bad things happen to good people?  Well...If BAD things only happen to BAD people...there wouldn't be those awesome stories of triumph and overcoming.  Healing and Restoration.  Faith and Inspiration.

I am HERE for a reason.

Run Run Get Around...

We had our first snow fall today and we are again at the doctors...so we got to enjoy the crazy drive.
I swear, I think people completely forget how to drive during storms.

Today's appointment is to check on Bailey's bi-pap.  It's one of those appointments where I just wish we could stay home and discuss stuff over the phone.

We have had appointments every single day this week....And I'm just exhausted.

Bailey got great feedback from our sleep clinic doctor...and has tolerated the bi-pap machine wonderfully.

I'm so proud of her...She has been so good about all her appointments...she doesn't complain at all.

She is the true living-breathing example of what it means to THRIVE!