Riley and I spent the morning at the Urology clinic and again got no real answers as to why the Urinary Track Infections keep happening.  We talked about night time wetting and how the Ditrapan  isn't working...and another Uro-Flow test.

In the next week, Riley will have a Urodynamics study at the main hospital.  This is a procedure that assesses how the bladder and urethra are performing their job of storing and releasing urine. Urodynamic tests help the doctor  see how well your bladder and sphincter muscles work and can help explain symptoms such as
I truly hope we can get answers...and treatment for both the UTI's and bed wetting.  I know how uncomfortable it is for Riley....and how she just wants to be "normal".


An MRI of the pelvic area is also on our schedule.....Riley was excited about this, because she says that now she can experience an MRI.  *fun fun*  :)
Posted by Kristi at 11:40 AM 4 comments: 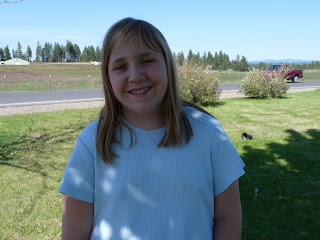 Words cannot express how truly proud I am of my oldest daughter.  Bailey was diagnosed with a tumor called an Acustic Neuroma.  This tumor is on the right side of Bailey's auditory nerve....This nerve also controls the muscles on the right side of the face.
For the last 7 months, we have gone through somewhat of a roller coaster with what would be the best treatment and have been left feeling extremely helpless.
The doctors in Spokane were ready to slice and dice and remove the tumor...but the doctors in in Denver, are taking a conservative route, which makes me wonder who is "right".
Bailey had her MRI this week, which showed changes and growth of the tumor.  I expected these changes, but hearing them made me sick.  Bailey has also been complaining about dizziness and hearing loss ( a sign that this tumor is pressing on the nerve )
We have a complete hearing test scheduled in which Bailey tells me she knows she will fail.  She has lost almost all hearing in her right ear and when you add the dizziness to that, we were sent up to the Oncology and blood disorder floor, to meet with Dr. Rush and her surgical team.
Riding the elevator to the cancer ward always sends me into feelings that both overwhelm me and confuse me.  NF is NOT cancer.  Bailey's tumor is NOT malignant.  But the doctors are going to treat it, as if it is.
The surgical team explained to me again, how complicated this type of tumor could be...and how surgery could do permanent damage that would be devastating to a young, growing teenager.
If the hearing test confirms hearing has been affected (which we already know that it has) Bailey will be started on chemotherapy.
I saw Bailey cringe when the doctor mentioned this.  While we were waiting to see the doctor, we met a family who was walking around with their 2 yr old daughter.  The little girl was so cute and sported a bald head....and was very obviously going through her battle with cancer.
As we finished up with the doctor, Bailey asked me about chemo and told me she didn't want it...didn't want to lose her hair....and asked why the doctors just couldn't cut the tumor out.  I was confused too.  This was the first time chemo had been brought up for Bailey...so why now?
This stupid NF.  I'm angry at it.  How dare it try to beat us!  While I am angry at NF, I am also thankful (weird I know)  I am thankful because I know that there are parents out there who are dealing with more severe issues with their children.
As we were walking out of the hospital, Bailey says to me...."As much as I don't want chemo, or surgery....I know that I will be okay."  She is so amazing.  I know she is scared about all that is happening, but her strength shines through...and it is her strength that will pull her through this.
If that doesn't make you want to THRIVE, I don't know what will.
Posted by Kristi at 1:27 PM No comments:

I was amazed when I was looking up information about President's Day, and also ran across a discussion about which presidents had Neurofibromatosis.  It is rumored that President Lincoln had NF, but no conclusive evidence exists. 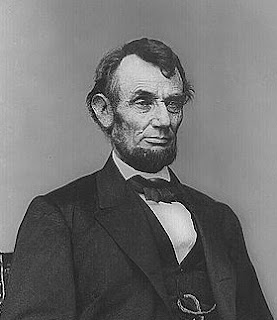 I know that I have spent time searching for famous names connected to Neurofibromatosis, as I look to find inspiration from others that NF doesn't have to stop us from living a dream.  Actors, writers, musicians...we are ALL people--Genetic disorders or not.  The thing that makes us all different, is how we choose to live our lives...and how we let what we struggle with, limit us. (Or not.)
I have lived a good part of my life making excuses for not living up to my potential, and I still struggle with believing that I am good enough or smart enough to accomplish my goals, even as I'm accomplishing them!  It's a constant work in progress, but one I refuse to give up on.
Do you limit yourself, based on fear?   President Lincoln had terrible self confidence...But if you read his amazing story about how he came to become the president, you will learn how he had to push through his fear.
So...on your day off....Do something more then visit the local sales for 50% off sheets.  Read something about where you came from, and how the country began.  You may just learn something new that will inspire you to become more than famous - it will inspire you to Thrive!
Posted by Kristi at 10:49 AM 2 comments: 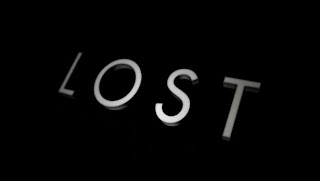 I've been sick for over a week now.  It's tough even getting up to use the bathroom.  I hate this feeling of helplessness.  I hate relying on others to help me feel better.  I'm used to doing things on my own...my own way...and most importantly...I'm used to taking care of myself.

Even while I am frustrated, I am also grateful.  I have seen a family that claims it it "LOST" without me....carry on  with really no complaining.  It's amazing what you can do....when put to the test.

I have seen my husband cooking, cleaning, bathing, taking kids to doctors appointments and showing me what it truly means to love.

So while I rest and catch up on my LOST episodes....I wanted my family to know...that it is ME that would be LOST without you.   Thank you for keeping going and for working so hard.  I love you!
Posted by Kristi at 12:22 PM 1 comment: 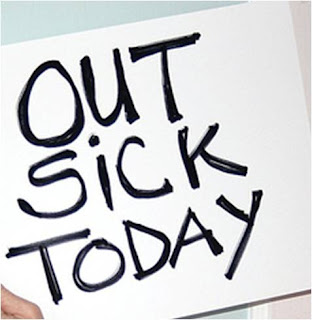 It's been a LONG week!  I met with the Neurologist and Neurosurgeon about my issues and possible shunt surgery, I spent almost 10 hrs in the ER, my 6 yr old son has mono and then I came down with Mono and a sinus infection.

I went into this week very excited for some possible answers to all the issues I have been having...but I became more and more frustrated when all I got was "I don't know".  Seems my "compensation" for NPH has thrown the doctors off, making them unsure on how to treat me.

I met with my general doctor today...And she wants to go ahead with the intracranial pressure monitoring...which will hopefully bring some answers.

One step forward, two steps back....Even in times of frustration, I try to keep in mind, that THRIVING doesn't always mean having a happy/positive attitude.  It means that you keep on going, despite being frustrated.

Hope you all have a great weekend!
Posted by Kristi at 12:47 PM No comments: 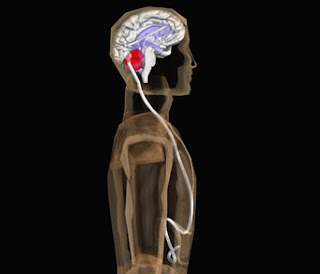 I was diagnosed with Normal Pressure Hydrocephalus a couple years ago and virtually told that I have compensated for my ailment and that there was nothing that could be done for me.  Apparently, I have had this my entire life, and no one noticed.  To me, this news was extremely frustrating...almost to the point of throwing my hands in the air and giving up completely.

I have been suffering from pressure type headaches since I was a kid, never understanding that NF was to blame.

If I had been properly diagnosed as a child, by doctors and if my symptoms were recognized by my parents--who knows, maybe life would be significantly different for me today.

I just need to focus on today.  Today I meet with a NEW Neurosurgeon team to discuss and evaluate my case.  My case is an interesting one, according to the Neurologist and he seems genuinely concerned about what has been going on for the last 30 plus years.

Talk of placing a VP Shunt has been tossed around before, only to have been ruled out because of the possible complications.  This has me really scared about the decision that could be coming.....

I will update the blog after my appointment....

Hope everyone  has a fantastic day!
Posted by Kristi at 7:10 AM 1 comment: 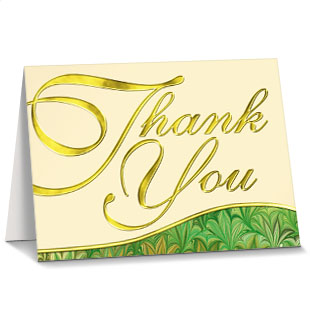 I am sitting here, getting ready to sign and send off the third batch of my new book Thriving with Neurofibromatosis and I just wanted to thank everyone for the wonderful support and feedback.
I am excited to share my story with the world of those living with this diagnoses and I hope it brings a little hope your way.
I am humbled by those who have responded and appreciate the continued support!
It IS possible to THRIVE and I hope my book inspires people to be more than they think they can be!
This is what people are saying
"Where do I start.... It's just fantastic. I have not been able to put in down. Kristi is an inspirational young lady, whom I would love to meet one day. I have smiled and cried and laughed whilst reading this great book. I would suggest to anyone with NF, buy this book or put it on your wish list. It's a must!!"
KIWI-AMAZON REVIEW
"First off I am not much of a reader, but I could not put this book down. As an adult with NF(neurofibromatosis) myself it is often helpful to just see how other people can overcome the challanges of having NF to prove to yourself that you can overcome the challanges of your own. Kristi shares her life growing up in the book, it will make you cry at some points, and other times it will make you smile. An excellent book for anyone that has NF or knows someone with NF."
DAN H.-AMAZON REVIEW
"This book made me laugh and cry. I loved how open and honest the writer is with her feelings. This story helps me realize that I am not the only one who struggles with the issues of NF.
The writer is inspiring and uplifting! She has a way at looking at such a horrible disorder with true spirit and faith.
I couldn't put the book down! This is a personal account with uplifting stories...The writer educates and inspires her readers to go beyond surviving!
A MUST for friends and families dealing with the diagnoses of Neurofibromatosis!"
KIM-AMAZON REVIEW
"Amazing book. You are so inspirational and have so much fight in u!"
Jade-FB
"very good book i couldn't put it down :)"
Hayleigh-FB
"It was a great read Kristi. And I liked the upbeat approach. I felt upbeat reading it"
Joyce-FB
"It was absolutely AMAZING! My 2 year old has NF and I really hope one day Bailey writes a book just like you. You both are so amazing and her words (MRI -consult) made me cry, I hope I can teach my son the way you have thought your children."
Teah-FB
"Just finished your book! In some parts I felt as if I was reading about my self. You did and awesome job on it. Thrive on!!"
Kambi-FB
Thanks Again!
THRIVE ON!
Posted by Kristi at 10:09 AM 1 comment: