Who Is Kristi Hopkins? 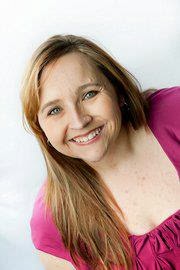 I grew up in a family where Neurofibromatosis was curse word.  The utter mention of it grew guilt and fear in my parents.  Understandably so.

I was officially diagnosed with NF when I was 33 yrs old. I grew up watching my Mom and older brother struggle with the symptoms, but never had any real issues until after my own diagnoses. As a child, knew I was different, but no one knew it was because of NF.

After symptoms began appearing, even I denied that it was in fact NF.... hiding in my fear. It has taken me a long time, to finally accept the diagnoses, and break the cycle of fear and resentment. Instead of just living with NF, I have chosen to THRIVE! Using the fear and turning it into doing something productive and positive!

Three of my children got the  'official' NF diagnosis, after I did.

Please feel free to ask any questions below in the comments --
I will answer as honestly and openly as I can.