Been MIA....But I Have a Good Excuse 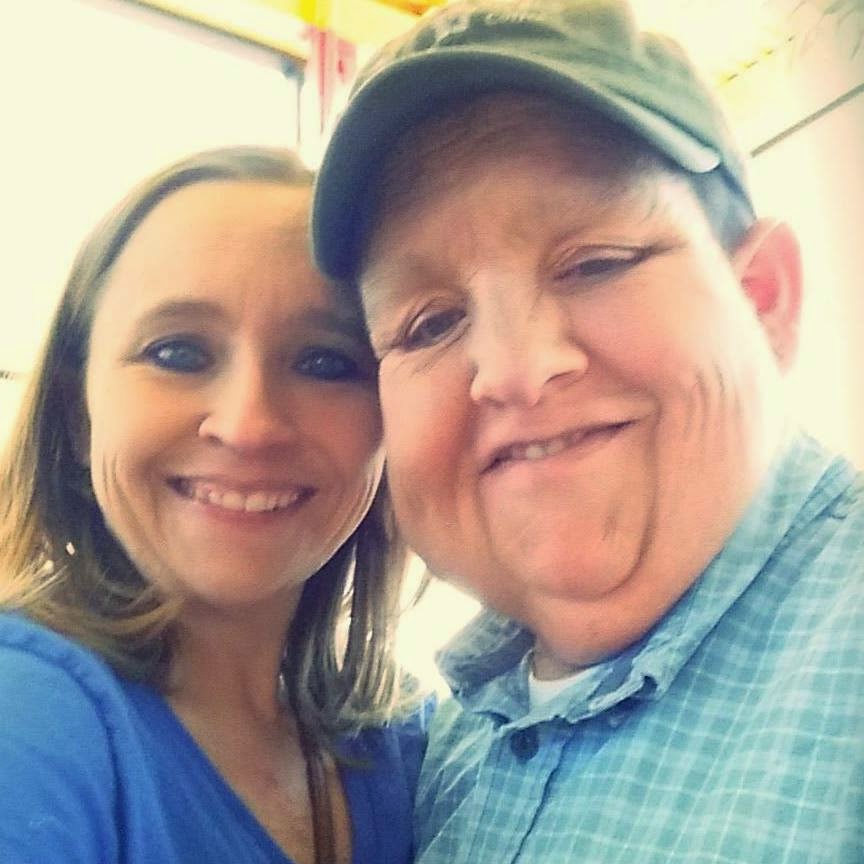 The last 2 weeks have been incredibly busy.  Lots of good things have happened, and I am trying to find my groove and feeling a huge range of emotions, as I am learning to let go of some of the control and find new ways to trust the situation we are in.

After a 7 year "break" from working outside of the home....Our family has been faced with a pretty stressful predicament -

Our rent went UP...AGAIN....And we also got news that the State of Colorado feels that one of our kids who receives disability for the complications of having Neurofibromatosis....Suddenly is "all better" and no longer considered eligible.

My husband met with someone hired by Social Security....Who CLEARLY had NO IDEA what Neurofibromatosis is....Who just asked a few questions and jotted down some notes about how SHE FELT Rachel is doing....A WHAM BAM- THANK YOU Ma'am interview, that clearly had an affect on the decision....And was based on no real information....

So....Basically, we could have appealed the decision, but instead ...We chose to let it be.

Which meant, we now had to figure out how to make up that income, and be sure to have enough money to also cover the jump in our rent.

So....I dusted off the ol' resume....added a few things that would be sure to grab some attention.....And applied for a few jobs.

5-6 Applications later.....I started to get some phone calls asking for interviews.

This is when my emotions began their roller coaster ride.

I was HAPPY that I was still a desirable potential employee.

I was SAD that IF I was hired, I would miss out - at what was going on at home.

I was ANGRY that it was ME going to work.

I was EXCITED about 'getting back out there'.

I was PROUD to be ABLE to work and help out the family.

I started working at the movie theater....The BEST choice of the 5-6 jobs I applied for, with the BEST "perks"....(Free UNLIMITED movies for ME and the ENTIRE family!)

---Then Mikey (my brother) came out for a visit...Just as I was beginning my training at AMC.  Bad timing....but it ended up working out okay. 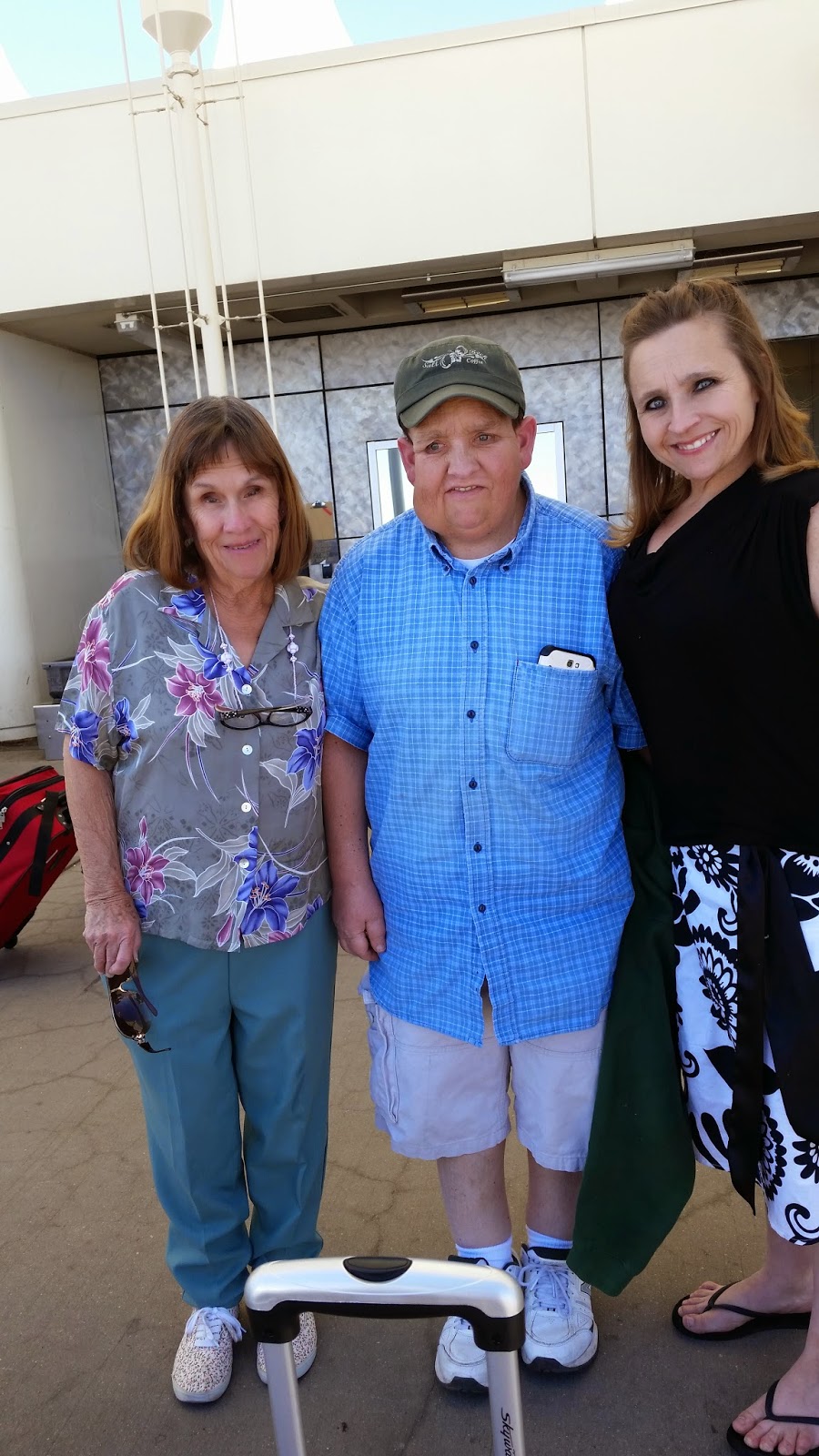 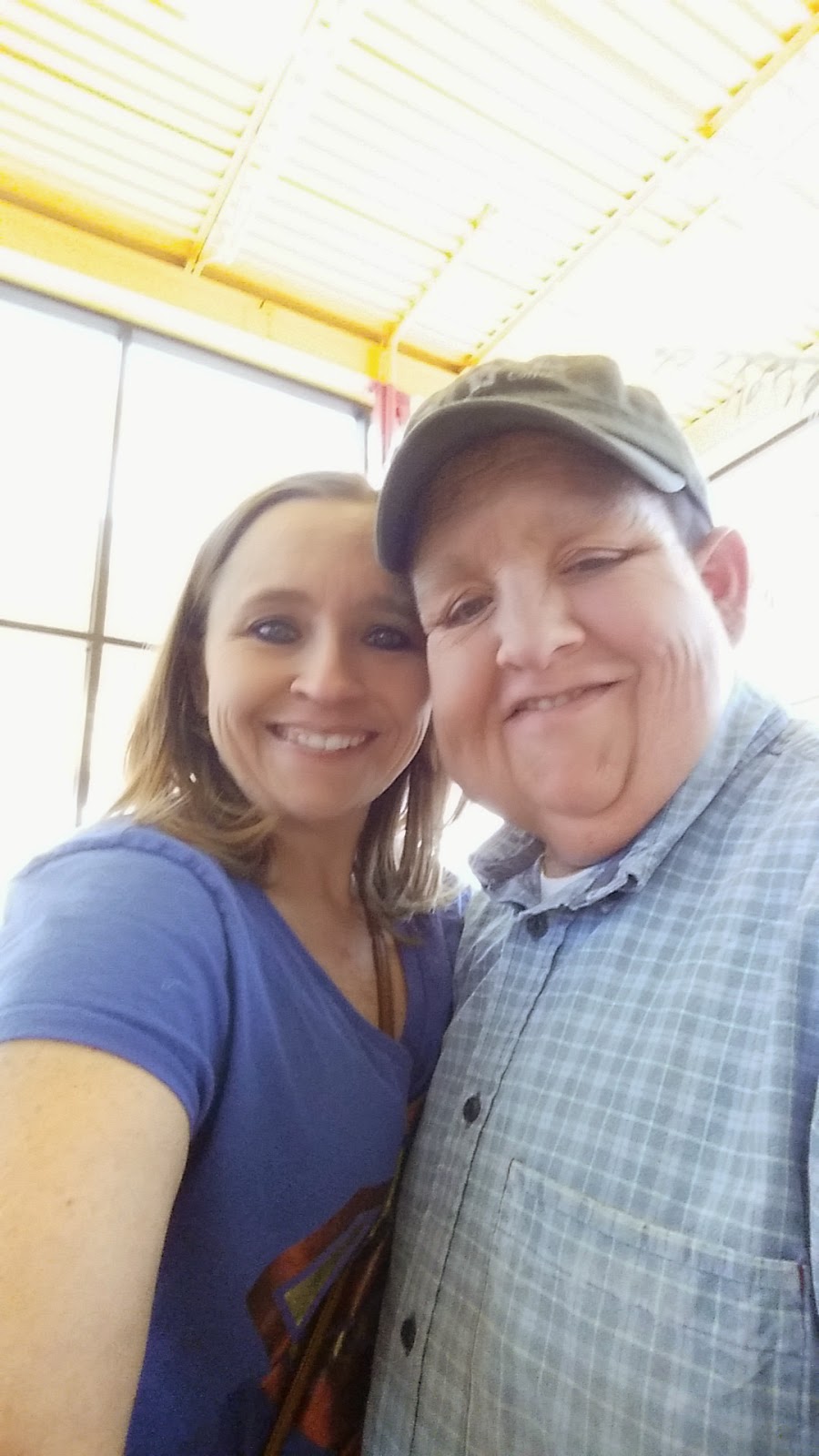 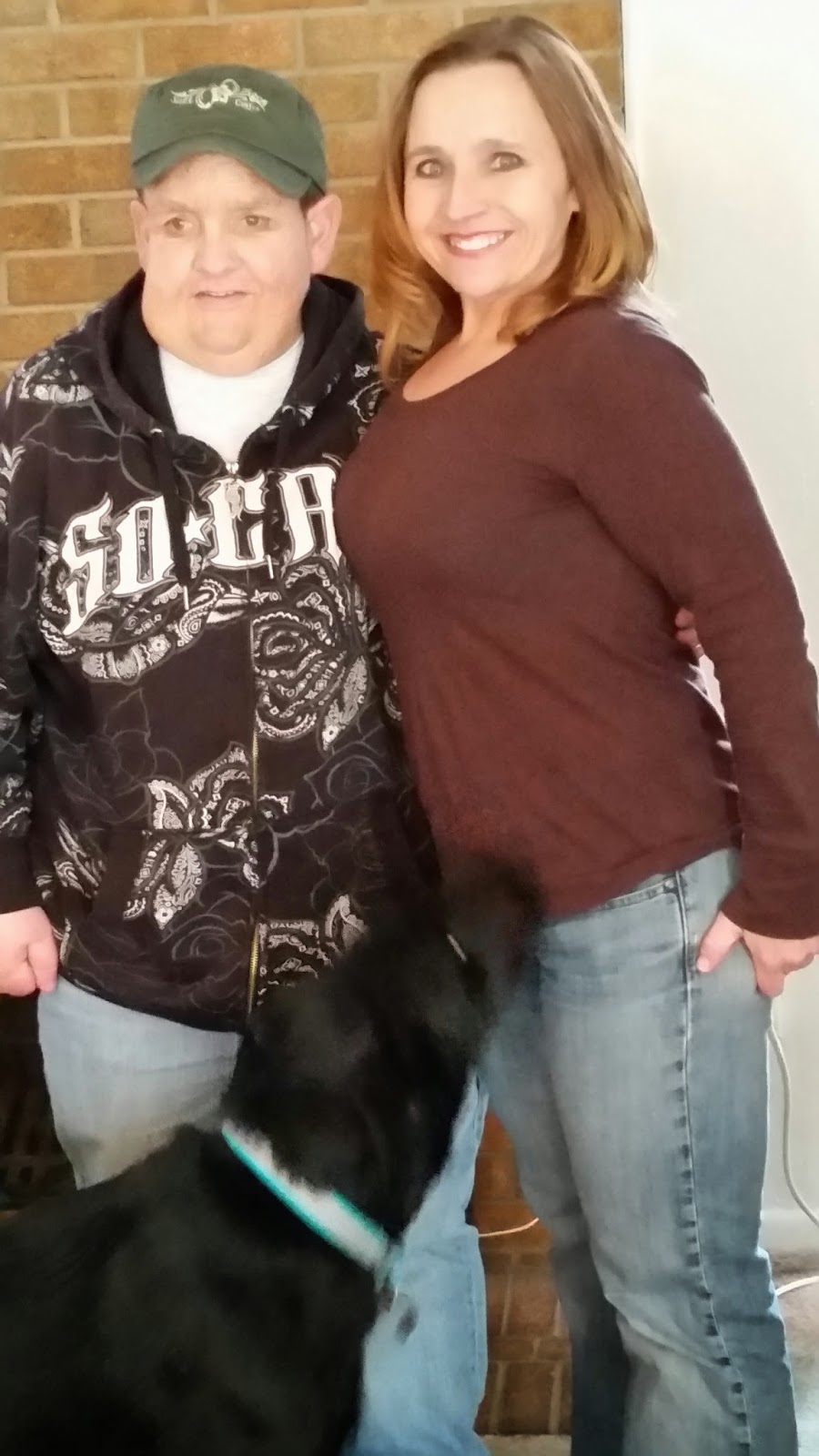 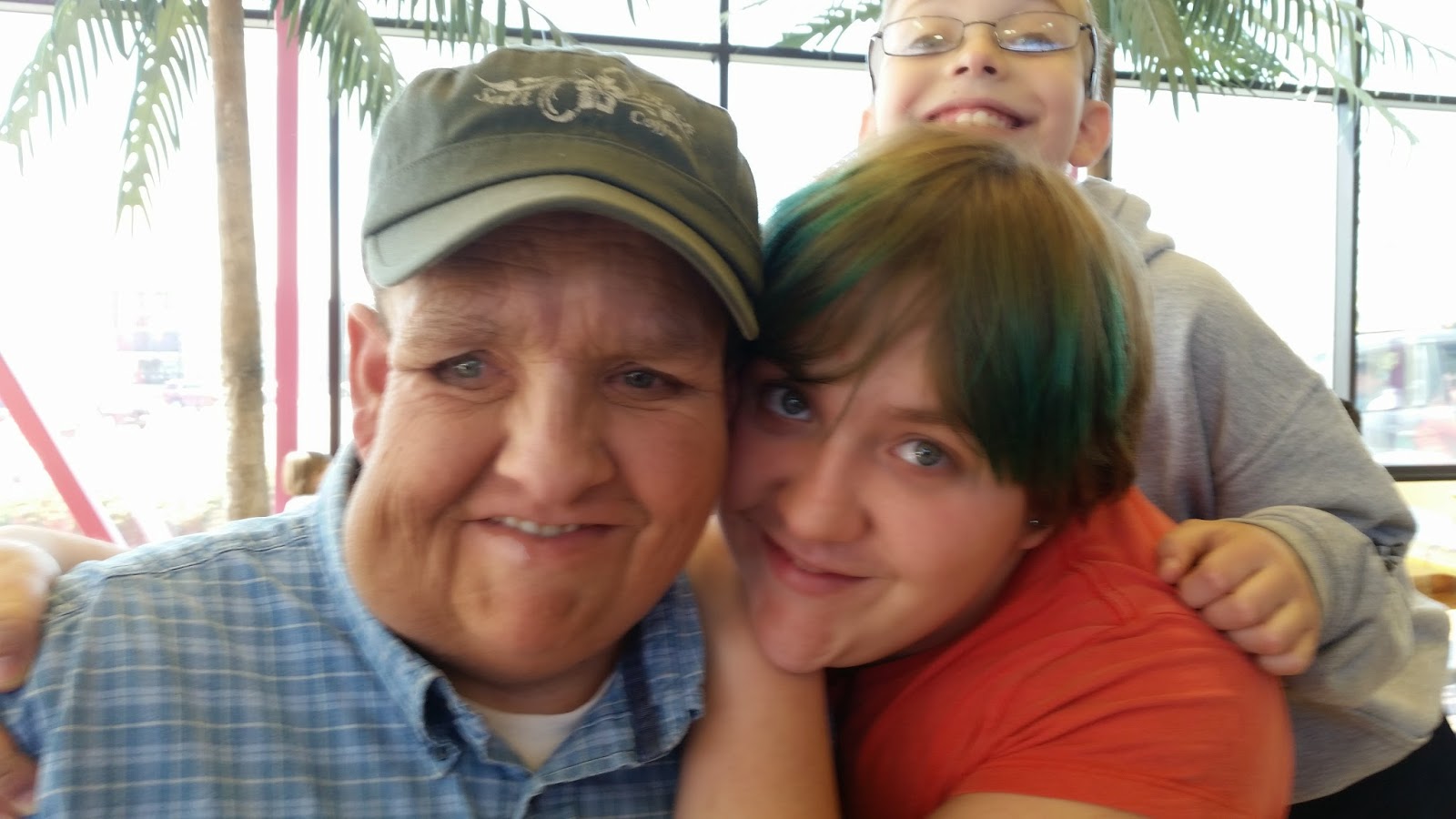 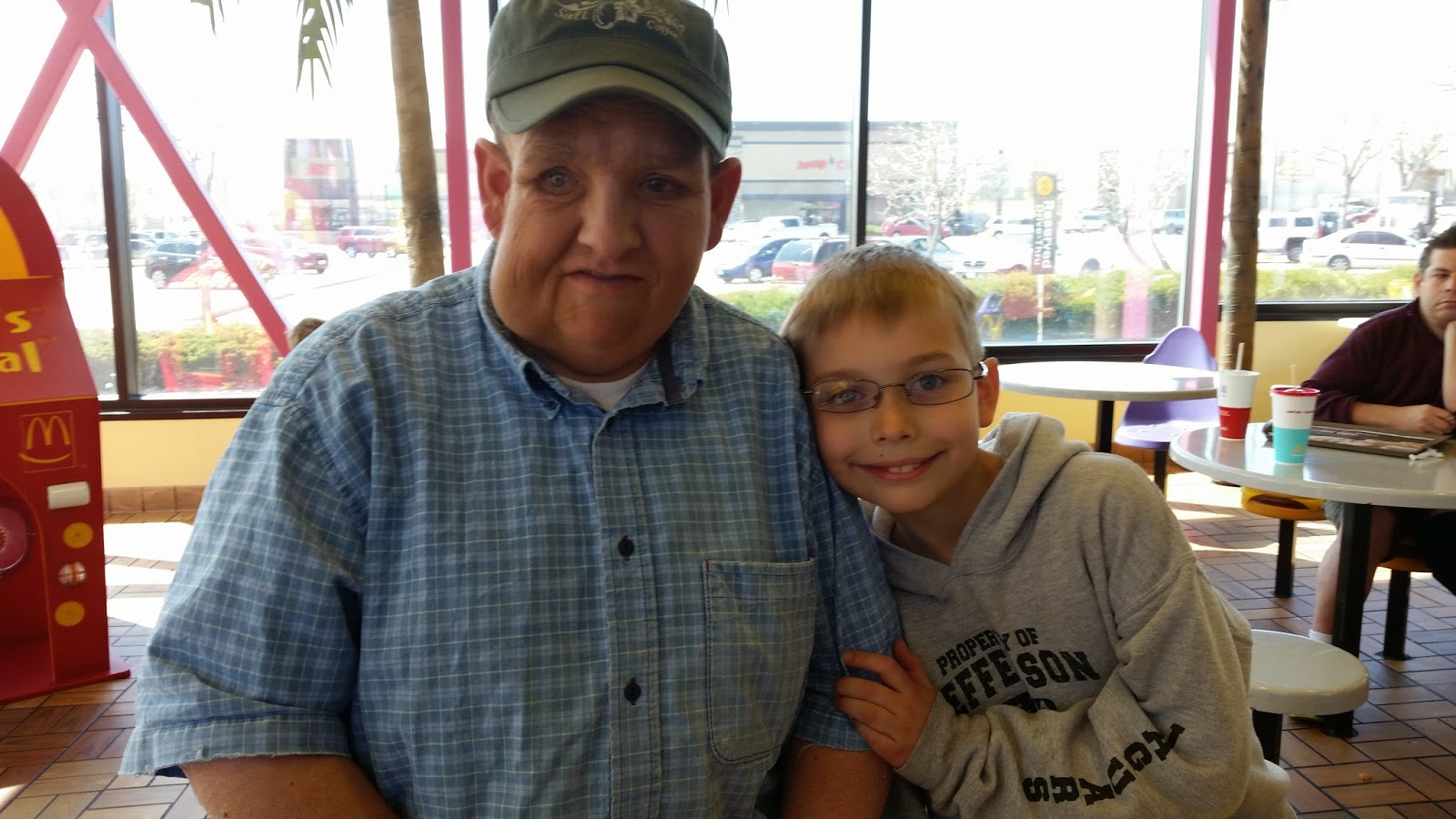 So aside from having to clean up VOMIT....URINE and other interesting things at the movie theater....The job is pretty cool....I am now working as a 'Barista' -- making cool coffees and ice cream stuff.....
I was also 'Awarded' a cool gift certificate for having a customer tell a manager that I was super nice and provided the FIRST smile he had seen all day....

I am learning to let go -- And trust my family

And allowing Rich to take over.

As we head into April....May....It is also time for our yearly check in with the NF clinic.  This means MRI's --  Eye checks -- and a bunch of other NF-y type stuff.

Both Rachel and Bailey have MRI's coming up...and I won't be able to be there.  This brings ALL of those emotions up and stirs them around, and makes me feel rather crummy....

But I know that ALL of this....Is just part of working together as a family....And I have to trust that everything will be okay.

My 'THRIVING' is being tested...And it's NOW, that I need to prove that it is possible!

I hope to get more video blogs up and going...But for now I am just happy to have the time to write :)